by The Chi Factory 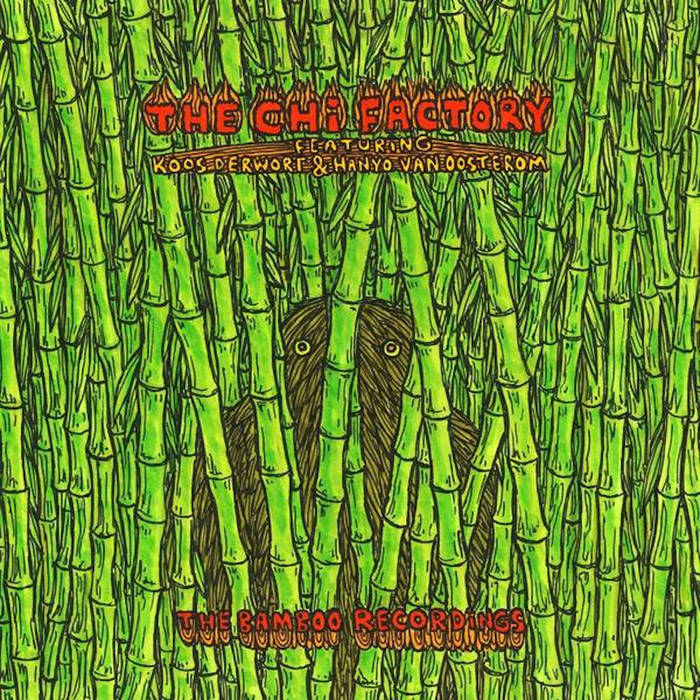 Lost Tribe Sound This, Travel in Peace, and Bamboo Music on Astral are my favorite on the label so far. Even with context and history this music still feels alien and timeless, and pleasantly far removed from the cool kids club that is much of the modern commercialized ambient/meditation/ritual music scene.

M-Tric Iicih bn outwiided by these mystical sounds. A good away companion in psychedelic experiences.

Micah Nye Heard this playing one sunny afternoon in Rubadub, Glasgow - wandered in off the street and was instantly transported to a remote cave in China, bought the LP straight away. Came back for the download!

Jacobus Derwort started exploring sonic soundscapes listening to his short-wave world receiver at the age of 12. There he would hear music from Africa, China, Japan, Indonesia, South America and beyond. He started playing guitar, piano, percussion and saxophone.

He met Hanyo van Oosterom in 1978 and they started the legendary cult rock band, 'The Jones'. Derwort was playing the sax, van Oosterom the drums. They started conducting sound experiments in Hanyo’s small cellar in the Dutch village of Krimpen aan den IJssel.

In the early eighties they made their first cassette, 'The Kallikatsou'. Hanyo started the ambient collective CHI in 1983. Jacobus was the first musician to join CHI. Together, they went to the magic rock “The Kallikatsou” on the island of Patmos, Greece. Here, Hanyo had stayed for months in a cave for some deep soul-searching. He heard the sound of CHI in the silence of the night like a message from out of space. Being together at the Kallikatsou they shaped the foundation of CHI, making handmade flutes from local bamboo and conducting field recordings of
water, crickets, owls, goats, wind, etc...

Back home they asked Willem Cramer to join CHI, and later Michel Banabila. They released a legendary ambient cassette, 'The Original Recordings', in 1983 which soon became a collectors item. CHI stopped in 1987 (and still now nobody knows exactly why). Willem Cramer and Michel Banabila started the world music collective 'East Meets West' in 1989. Hanyo and Jacobus kept recording ambient soundscapes.

Jacobus was working on his 'Bamboo' recordings. Hanyo recorded the first tracks for 'The Kallikatsou Experience'. Neither album was ever released. They returned a few times together to The Kallikatsou, but there the history seems to end...

…until decades later when Astral Industries located them after a long search, inspired by Rod Modell (Deepchord). The result was the vinyl release of CHI – The Original Recordings in February 2016. The album received great reviews and sold out in a few weeks.

This inspired Hanyo and Jacobus to work on an old plan: remixing the old bamboo recordings. Most tracks were made in the eighties before and after CHI. Original tape recordings using mainly analogue sounds, percussion, samples and (of course)bamboo flutes and manipulated clarinets. Hanyo added some new recordings and remixed the old tapes in his Numoonlab Studio in Rotterdam. The result was 'The Bamboo Recordings', a timeless collection of ambient soundscapes.

THE CHI FACTORY is the next step of CHI into the future. It will involve many future ambient collaborations. The next release will be 'The Kallikatsou Recordings'(Astral Industries 2016 TBA). Also bringing back the original line-up of CHI for new recordings is part of the plan. Who knows what may happen next.

The Bamboo Recordings have been produced and remixed by Hanyo van
Oosterom. Original recordings by Jacobus Derwort.

The Bamboo Recordings contain voice samples from around the world,
including Tibetan monks, Sufi chanting, a Hopi elder, a Hopi woman, Fulani storytellers, a Japanese girl singing, Spanish and Greek children, excerpts from Gratitude For The Gaze by Nikos Eliou and much more...

In memory of Michael Ladraque Jacobus, who plays his legendary Fender Stratocaster on 'Life Is Like' and 'Birds'.

Bandcamp Daily  your guide to the world of Bandcamp

Featured sounds from Fly Lo and Ahmed Idris, plus Mother Nature hops on to drop off new project